Intense focus on Brexit backstages the issue of anti-Semitism and can yield surprises. 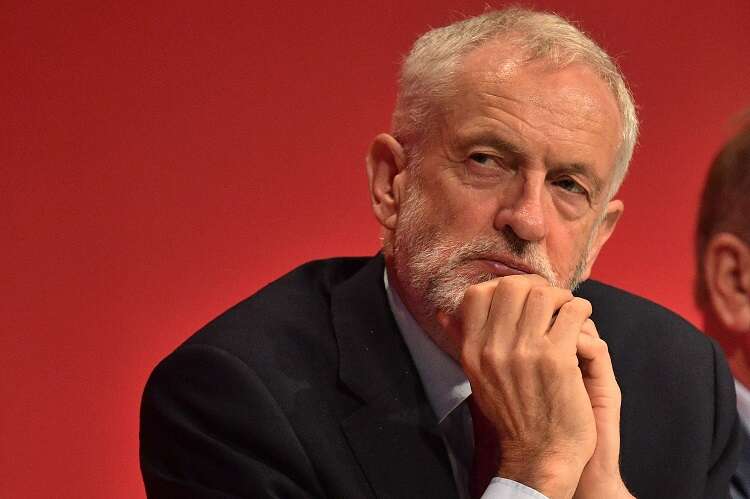 As the Conservative Party enjoys a comfortable lead in the polls of approximately 10%, some view the Dec. 12 UK elections as a safe win for the party. Yet recent elections have produced surprises, and this one has an additional element of unpredictability being a single-issue election. Traditional voting patterns and polling models tend to be compromised in such elections, especially when the question is not just for or against, but more layered.

Prime Minister Boris Johnson, the Conservative Party leader, is offering the Brexit deal he negotiated with the EU. Jeremy Corbyn, the opposition Labour Party leader, is offering to negotiate a new deal with the EU and then bring that deal to a new referendum. This, while the Brexit Party, led by Nigel Farage, is calling for a no-deal “clean break Brexit,” and the Liberal Democrat Party, led by Jo Swinson, is calling for the cancellation of Brexit or at least a second referendum.

Even if the Conservatives win the largest number of seats as predicted, it is not clear they would attain an absolute majority. Recent elections produced a hung parliament, requiring the formation of a collation like in Israel.

This presents an opportunity for Corbyn even if Labour wins fewer seats. Indeed, Johnson warned that Corbyn could strike a deal with the Scottish National Party, who are demanding a second referendum on Scotland’s independence. This too, is reminiscent of Israeli politics where Prime Minister Benjamin Netanyahu warned that his rival Benny Gantz would collaborate with the non-Zionist Arab Joint List. Like Gantz, Corbyn denies the accusation, but as was evident with Gantz after the last election, things can change once Downing or Balfour Street is within striking distance.

Another similarity to Israel is a debate about the election system and whether it reflects the people’s will. In Israel, the deviation from the one-man-one-vote principle lies in the passing-threshold, which stands at 3.25% of the vote. This prevented Netanyahu’s block from having an absolute majority in the April election and awarded Rabin the victory in 1992.

In the UK, it is the first-past-the-post system (winner takes all), akin to that in US Congressional and Presidential elections, which historically led to more stable governments. Some in the UK are questioning its fairness.

For example, in 2015, the last general election before the Brexit referendum, pro-Brexit UK Independence Party, won 12.6% of the vote but only got one seat, while the Scottish National Party won only 4.7% of the vote, but got 56 seats.

The first-past-the-post system makes election forecasts more difficult, as two like-minded parties can cannibalize each, and allow a third party to win a seat with merely a third of the constituency’s votes or even less.

With this in mind, the Brexit Partydecided not to compete in existing Conservative-held seats, but can still curtail its effort to pick-up weak Labor seats. Similarly the three pro-Remain parties – Liberal Democrats, Greens, Plaid Cymru (Welsh Nationalists) – agreed to divide certain constituenciesbetween themselves and only have one of them compete. Such multivariable mathematical calculations make the election outcome even more unpredictable.

Although it’s getting much coverage in Israel and the UK, one factor that is not likely to have a large impact on the vote is anti-Semitism.

The malaise that has plagued the Labour Party drew sharp criticism of it and its leader. Britain’s Chief Rabbi Ephraim Mirvis, wrote that “a new poison sanctioned from the top has taken root in the Labor Party”. He shared in a London Times op-ed that “the overwhelming majority of British Jews are gripped by anxiety.” The Archbishop of Canterbury backed Mirvis, stating it “ought to alert us to the deep sense of insecurity and fear felt by many British Jews.”

In an ordinary election, the outcry would likely turn Labour’s anti-Semitism issues into key voting criteria, but with Brexit monopolizing the stage, it remains questionable just how many Labour voters would sacrifice their Brexit preferences due to anti-Semitism concerns.

Labour’s anti-Semitism issues are further mitigated by drawing a parallel accusation of Islamophobia within the Conservative party. Johnson apologized and announced he will set an inquiry to look into the allegations.

British Jews’ anxiety is understandable. They see Corbynistas march in anti-Israel demonstrations where flags of Hezbollah and Hamas are waved, and overt anti-Jewish slogans are heard.

Jews account for only 0.4% of the British population and for voters at large, there is a higher priority issue on the table in this election.

In addition, anti-Semitism does not prompt the same sense of urgency due to the simple reason that Corbyn – according to the polls at least – seems unlikely to win outright. However, with the unpredictable dynamics of the elections and potential for backroom coalition negotiations, the possibility of Corbyn sliding into 10 Downing Street, along with his Corbynistas could not be ruled out.

Former Prime Minister Tony Blair called this “the weirdest election of my lifetime.” It might get even weirder.

For related articles by Gol Kalev: Europe and Jerusaelm