Josh Weston — a former CEO himself — shares his observations with his 18th annual delegation.

For 18 years, Josh Weston has been making an annual visit to Israel along with a group of American CEOs – most of them not Jewish and who have never been to Israel.

“Every year I go through my Rolodex and call people to join,” Weston reflects.

Over the years, 150 such business leaders have joined Weston, including Jamie Dimon, CEO of JPMorgan; Bob Allen, former CEO of AT&T; Ralph Larsen, former CEO of Johnson & Johnson; and many others.

“Israel is not something that is on the top of their mind. All of a sudden, people who normally would not pay attention or have any particular warmth about Israel, feel good about Israel, feel knowledgeable about Israel.” Weston believes the impact of those five days is monumental. “For me it is fun to see eyes open.”

He points out that the impact goes much further, since participants share their experiences with their circles.

“The most important thing is what happens after the visit. Those people are so impressed from what they see. I have people who tell me 15 years later that those five days in Israel have been the most memorable days they ever had.”

Having met with Palestinian Authority President Mahmoud Abbas, Weston observes, “I find the Palestinian presentations effective. Often they are much better than the ones of the Israelis.”

Weston brought it up with top Israeli ministers and told them, “You might be on the right side of policy, but if you do not know how to communicate. That is a problem.”

Which relates to a broader issue Weston is concerned about – Israeli public relations. He recalls raising this issue years ago with prime minister Ariel Sharon.

“I told him my view that Israel is doing a very weak job about marketing itself in America. You are losing a lot of people you would not be losing if you had done a better job marketing.” Weston said he was shocked by the response. “He told me that we do not have enough money to do marketing.”

Lack of concern about PR is not the only issue that Weston finds disappointing.

When asked what has changed during the 18 years since he has been coming with the CEOs, he says, “In my earlier trips it felt more euphoric. There was not this polarized and nasty tone you have now. It is unfortunate to see how unnecessarily narrow-minded certain voices are.”

But Weston thinks that for the most part, Israel has been changing for the better.

“The hi-tech achievements are mind-boggling. I am very pleased about the economy and I am very proud about how secure Israel has become.”

“You look at the number of new startups and the vibrancy – that puts Israel in a very respected position in the international community. Israel’s accomplishments brought new friends that otherwise would not care about Israel, or even tilt against it.”

On that point, Weston takes it a step further.

“People who might become gullible to antisemitic messages would not even get to that stage, because they see a country of innovation. This means not just with respect to the country, but to the Jewish people who are creating all that.”

Noting that people around the world do not make a differentiation between Jews and Israel, he adds: “It has reduced the negative cutting edge of anti-Jewish hostility.”

“Even those American Jews whose connection to Judaism is very remote now feel really good and proud that Israel stands so strong.”

Such Jewish pride that Israel generates comes at a time where there is a disaffiliation among American Jews.

“My generation, having experienced firsthand how Jews were treated in Europe, naturally tended to stay in Jewish communities,” Weston reflects.

“But now the third generation of Jews in America are losing their identity as Jewish.”

Weston cautions that this is not something unique to Jews.

“It is the same with Catholics. The influence of religion on a younger person in America is much less than it used to be, and that in turn affects Jews.” But Israel, its success and vibrancy, is more and more on the minds of young Americans, hence providing not only a new source of pride as Weston states, but also a vehicle of connectivity to one’s Jewishness.

As his five-day trip in Jerusalem concludes, Weston already has a backlog of CEOs for next year.

“When I call people, some say, ‘I would love to come, but I cannot go on these specific days. Please invite me again in the future.’ In doing so, those American business leaders are joining the yearning: next year in Jerusalem!

Jerusalem as destination city: A conversation with Kenneth Bialkin

Jerusalem’s Shuk as ‘Beacon to the world 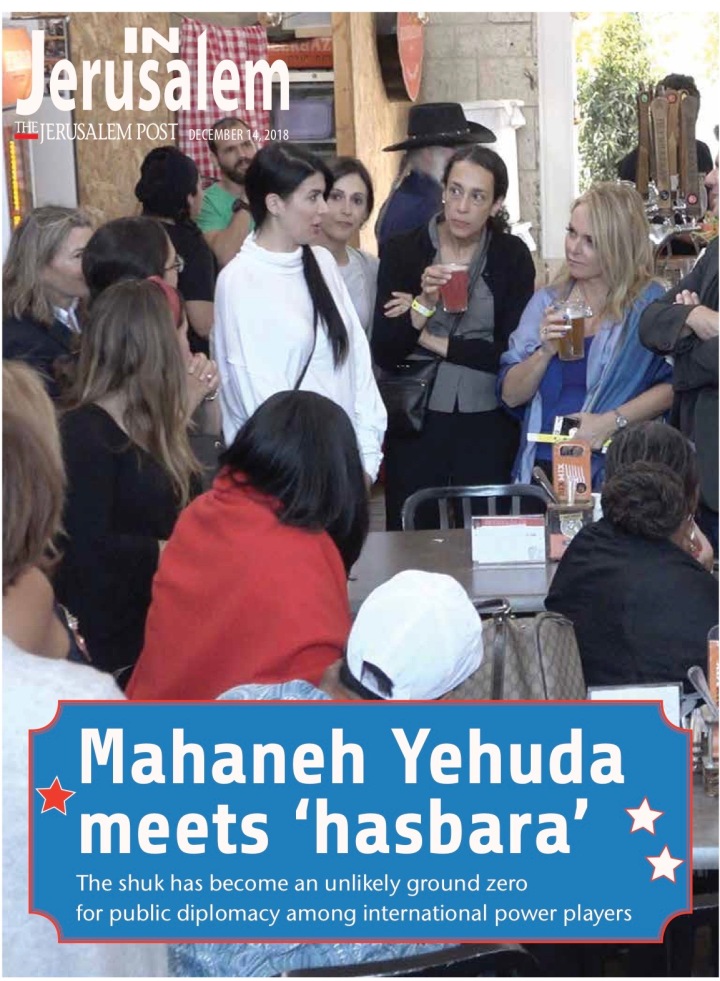